SABC will not shut down long loss-making subsidiary Semc 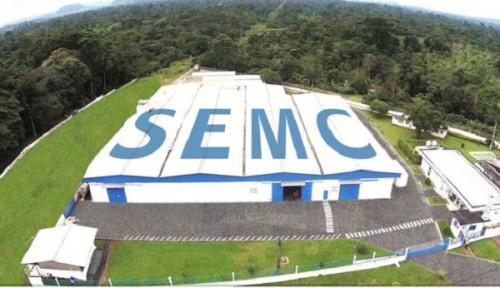 (Business in Cameroon) - DSX-listed Société des eaux minérales du Cameroun (Semc), subsidiary of brewer SABC, will not be shut down. This is the outcome of a shareholders’ meeting held on May 15 in Douala.

“In accordance with the provisions of Article 664 of the Uniform Act on the Law of Commercial Companies and the economic initiative grouping, the General Meeting, acting under the quorum and majority conditions required for extraordinary general meetings, decides not to pronounce the early shut down of the Company and to continue its activity.”

However, due to its situation, Semc “will be required, at the latest at the end of the second financial year following that in which the losses were originally recorded, to reduce its capital by an amount equal to that of the losses which could not have been offset against the reserves if, within that period, the shareholders' equity has not been restored to a value at least equal to half the share capital.”

At the end of the financial year that ended December 31, 2018, the company’s equity were and are still lower than half of the share capital; a consequence of the successive losses over at least the past three years.

The company ended FY2016 and FY2017 with negative results of -XAF316 million and -XAF936 million respectively. Last year, despite a slight increase in turnover (3.8% or XAF6.4 billion) Semc run a negative result of -XAF799 million.

In fact, Semc, which dominated the local mineral water market until 2015, is now facing a stiff competition, particularly with the strong return of Source du Pays, market leader since 2016, which has being off the market for a few years.

Semc's shareholders hope to return into profitability this year with their “vital” brand whose sales have been growing steadily since its launch.

In 2018, authorized sources said, this more affordable brand gained 8.5% market shares thanks to 157.7% year-on-year increase in the sales of the 10-litre packaging.