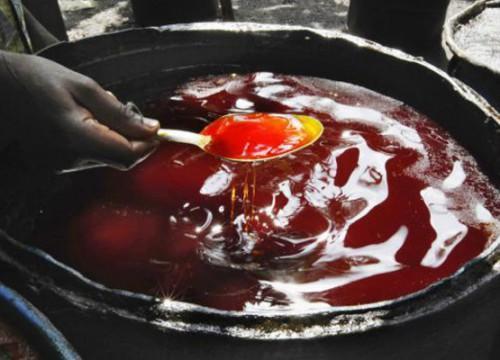 (Business in Cameroon) - Cameroon has authorized the imports of 100,000 tons of palm oil this year, in order to guarantee the product’s availability to refining industries. This was revealed by internal sources at the country's association of oleaginous refiners ASROC. This volume is up by 4000 compared to the one authorized in 2017.

According to the operators, the imports are mainly aimed at filling the deficit which having stood for sometimes at a yearly volume of 100,000 tons is now 130,000 tons. This is due to the investments made by many refiners to increase their production capacity (so far, 3 refiners have invested CFA30 billion for this purpose) while the local palm oil production is stagnating.

Moreover, they accuse SOCAPALM of working against their interests. Indeed, during a press conference in Yaoundé on March 22, 2018, the general secretary of ASROC expressed the operators’ surprise to notice that SOCAPALM supplied 76,845 tons of the product, to CRFHP, in January, February and March 2018, to be distributed to  secondary processors while the global volume distributed in July and September 2017 was 28,020.

According to the refiners association, this sudden availability of palm oil at SOCAPALM in 2018 (while it was scarce in July and September) reveals that SOCAPALM hid the quantity which was available because it expects to increase its price by 30%. Effectively, on May 11, 2017, the producer submitted a request to the government to increase the price. The government however rejected the request during an inter-ministerial meeting in November 2017, authorized sources reveal.

Even so, SOCAPALM rejects these accusations. During a meeting of the sector’s regulatory body on March 6, 2018, in Yaoundé, SOCAPALM’s representative said that the abundance is due to an increase of the production which is subsequent to the progressive development of new plantations.

On March 8, 2018, the regulatory body concluded that in view of the previous figures (of 2017 mainly) the production gap during the period under review is so large.  This “gives the sudden production increase an ambiguous and confused nature which can only be explained by the reasons provided earlier”, the statement reads.