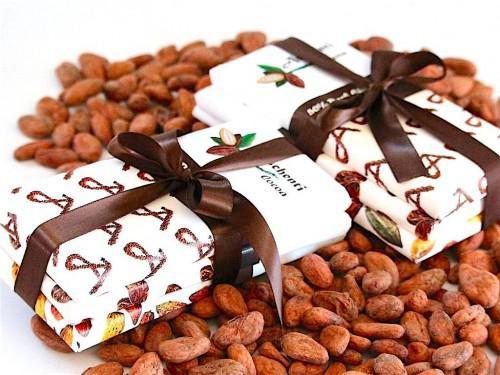 A Cameroonian couple, Christelle and Christian Mekoh, officially opened on 17 December 2016 on Corydon Avenue in Winnipeg, the capital of the Manitoba province in Canada, a chocolate factory called Aschenti Cocoa, we learned from reliable sources.

This traditional chocolate production unit has the particularity of producing chocolate from cocoa beans coming straight out of Cameroon, specifically from a farm bought and operated for some years now by the co-owners of Aschenti Cocoa.

“We want for people to live an experience, for them to discover chocolate, pure chocolate. What surprised me during my visits to the farms, was that some farmers have never eaten chocolate. They inherited the farms from their grand-parents, their parents. This is crazy. You work all your life with something, but you have never tasted chocolate!”, explains Christelle Mekoh.

As a reminder, according to the ICCO’s statistics, the biggest producers of cocoa in the world, which are African countries, are also the smallest consumers of chocolate. These are Côte d’Ivoire, largest producer of cocoa, where the consumption of chocolate per inhabitant is only 48 grams per year, against 55 grams in Ghana, 12 grams in Nigeria and 20 grams in Cameroon.