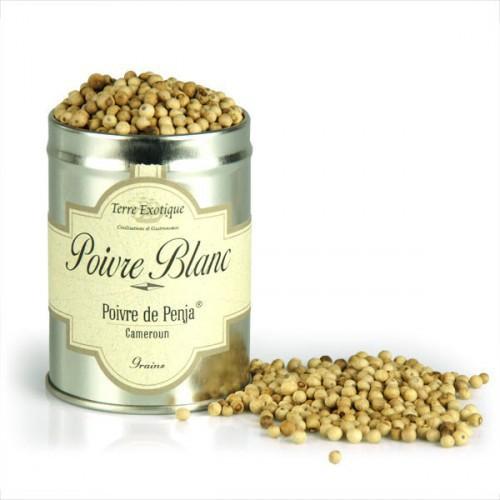 (Business in Cameroon) - According to Emmanuel Nzenowo, Executive Secretary of the IG Poivre de Penja group, the production of this spice highly sought worldwide for its unique taste reached 300 tons during 2015. According to the same source, approximately 60% of this production was consumed locally, the remainder exported to the European market.

This production development follows a jump in the number of producers, which according to Emmanuel Nzenowo,  considerably increased to reach 200 farmers over a period of 3 years. Simply put, farming the Penja pepper, which gets its name from the town in the Littoral region of Cameroon where it is grown, is attracting more and more farmers since 2013, year during which the Protected Geographical Indication (IGP in French) from the African Intellectual Property Organisation (OAPI) was awarded to this pepper.

Prices which seem to have made "2015 the year of the Penja pepper", as foreseen at the beginning of the year by Erwann de Kerros, founder of "Terre exotique" and main distributor of this spice on the international market. Indeed, this Penja pepper enthusiast says, "when we do  blind tests with sommeliers and chefs, the Penja pepper wins all the votes".

With its sensory characteristics, the Penja pepper, which was exhibited during the last edition of the Salon de l’Agriculture de Paris, we learned from reliable sources, should soon be introduced in the Maggi cube recipe. This culinary stock officially represents 90% of the production of the Nestlé Cameroun factory, which supplies the entire Cemac market.