Cameroon’s cocoa makes a great debut with a chocolate company in Meudon, France 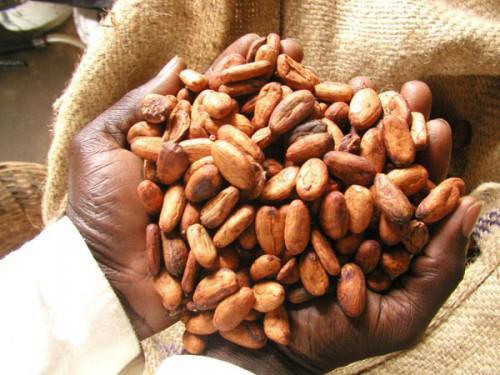 (Business in Cameroon) - Chocolate maker La Reine Astrid, in Meudon, France, is selling a new chocolate brand made with Cameroon’s cocoa, the newspaper Le Parisien revealed. The cocoa beans that the French chocolatier Christophe Bertrand processes in his processing unit at Savigny-sur-Orge (Essonne), are grown at Obala, in Lékié, a Cameroonian district, which produces 40% of cocoa produced in Cameroon.

It all started in September 2016 on Facebook. "A woman, Aristide Tchemtchoua, asked me at that time if I was interested in buying her cocoa beans”, Christophe Bertrand recollected. Indeed, she was fed up with the prices local buyer were paying for her beans. "When local buyers come, they buy our cocoa at ridiculously low prices that we could not repay our loans or pay our children school fees", Aristide Tchemtchoua explained. She found the chocolate company La Reine Astrid through an internet search. She commented that the name of the company, "sounded like my [own] first name", "so I sent them a message", she said.

Moved by the young Cameroonian cocoa producer, Christophe Bertrand agreed to receive samples of her beans that she was to send at her own expenses. "Then, she did it. She borrowed €700 (about FCFA460,000), almost one year salary in her country to send me 250 Kg of beans", the French chocolatier, impressed by the resolution of the woman who became her business partner, recounted.

Last May, Christophe Bertrand which repaid the money Aristide borrowed to send him the sample from Obala, came in Cameroon to meet with cocoa producers gathered by Aristide Tchemtchoua. "We taught them cocoa roasting which gives a better cocoa. We then helped them organize a cooperative” Christophe Bertrand explained.

In the coming months, the French chocolatier will come back, in Cameroon, to lay the first stone of an edifice to store, roast and select the cocoa beans before they are sent to the processing units of Meudon.