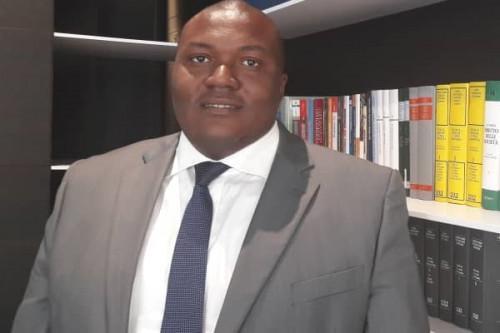 "(Business in Cameroon) - We were the ones who conducted the negotiations for the purchase of this plant from equipment supplier Bühler, in Switzerland. We stopped working on this project at the fund-raising stages. So we know the said project in and out. I can therefore tell you that the Kekem plant is economically viable and I challenge anyone to prove otherwise. The plant is the result of a good project. It is even a great  project our country is proud of.” These are the words of Patrice Yantho, an investment consultant who (through his firm JMJ Africa) ensured the technical structuring of Neo Industry, the cocoa bean processing unit banker SCB Cameroon is trying to dismantle for loan-defaulting issues.

In an interview with Ecomatin, the CEO of JMJ Africa (who also led the entire process that led to the construction of Atlantic Cocoa’s processing plant in the industrial zone of the deep seaport of Kribi) is surprised by the eagerness shown by SCB Cameroon in its bid to dismantle, for payment, a production unit that has been operating for barely 2 years.

"Companies have life cycles. During the first two to three years (known as the "valley of death," due to the high company mortality rate), survival is difficult and even hard. Neo Industry has just passed the 1-year milestone and understandably, it is encountering numerous challenges. Each of those challenges is an opportunity for the company to improve its balance sheet and performance,” he argued.

He thus invites the various parties to negotiate to save this "flagship of national industry, which contributes significantly to the  balance of trade, helps structure agriculture, provides direct and indirect employment, and significantly contributes to the promotion of the ‘made in Cameroon’, and the inclusion of our country in the global economy.”

Tens of billions of CFA francs at stake …

“To ensure effective debt servicing, investments and operations must be funded. Neo Industry’s plant is currently in the exploitation phase so debt service can only be honored thanks to its operation and management. It is, therefore, crucial to negotiate while focusing on production, which is the main source of the funds to be used to repay loans. The negotiations should also find better repayment options for the company, not for the project that has already been implemented,” he added.

As a reminder, a few weeks ago, SCB Cameroon published a tender notice on its website for the recruitment of a plant assembly expert. The expert was to dismantle a processing plant in Kekem, Western Cameroon. The banking institution did not name the company whose plant would be dismantled but observers of the Cameroonian economic scene quickly deduced that the plant concerned belongs to Neo Industry (a cocoa processor with an official annual capacity estimated at 32,000 tons) that was funded by SCB Cameroon to the tune of XAF13 billion.

According to credible sources, apart from the XAF13 billion loan for Kekem plant, the promoter of Neo Industry owes several dozen billions of CFA francs to SCB Cameroon. In addition, they say, the promoter is experiencing enormous difficulties in repaying its loans while COBAC (regulator of the banking sector within CEMAC) is requiring the bank to make provisions for those loans. According to the sources, this the main reason SCB Cameroon decided to proceed to forced recovery.