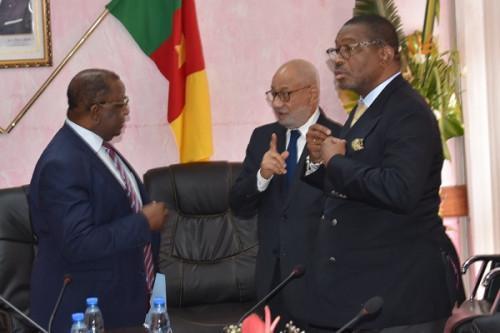 (Business in Cameroon) - The Pan-African Association of Banana Producers and Exporters (Afruibana) made a plea in Cameroon calling on authorities to oppose the salary increase requested by certifiers.

Cameroonian Joseph Owono Kono, Head of the association, led a delegation to the country in that regard. He called the salary increase measure “unbearable”.

"We’re here to ask for the support of Cameroonian authorities against the measure by international decision-makers to make us increase the salaries of workers on plantations. We also drew the attention of the authorities to the other possibilities of remuneration in our different countries. We are in favor of social justice, but within the framework of the Fairtrade and Rainforest Alliance certifications, they want to impose a salary level. We believe that this level is unbearable for the producers," explains Joseph Owono Kono.

For banana producers in Africa, who are often accused of practicing slave wages on plantations, a wage increase that could impose a minimum monthly payment of CFA150,000 to each worker, as suggested by the certifiers, will suffocate the producing companies.

"The imposed wage bill risks impacting investments. We want governments to denounce the fact that some certifiers are making injunctions without taking into account the social consequences," Joseph Owono Kono told Défis Actuels. This plea would nevertheless be more impactful if all the members showed transparency by publishing their accounts.