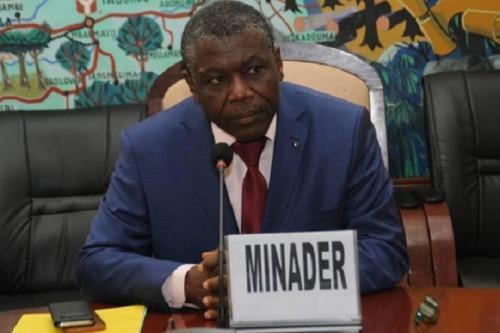 (Business in Cameroon) - Cameroon’s ambition, in the framework of its national strategy for the promotion and development of the cashew sector, is to reach a production of 50,000 tons in 2025. This was revealed by Gabriel Mbairobe (photo), the Minister of Agriculture and Rural Development, on February 3, during the annual conference of heads of central and decentralized services of his ministerial department.

But before this deadline, Cameroon intends to be visible on the international cashew nut market by 2023, the official indicated.

Indeed, the government hopes that, by that year, cashew nut producers, who would have previously benefited from various supports (provision of improved seeds, the professionalization of seed production units ...), will be able to sell at least 8,000 tons of quality products on the international market.

In the three northern regions, the development of the cashew sector is promising, as this crop may become the second most important cash crop in this part of Cameroon, after cotton.

Moreover, this sector is an important source of rural employment. According to the national strategy for the promotion and development of the cashew value chain in Cameroon, about 150,000 jobs can be created in the production basins, including about 1,000 in the processing sector.

Let’s note that by the time the national strategy was validated in October 2018, the Institute of Agricultural Research for Development (Irad) was already implementing a programme to produce, by 2021, 10 million cashew plants, corresponding to 100,000 hectares of plantations, in the country.