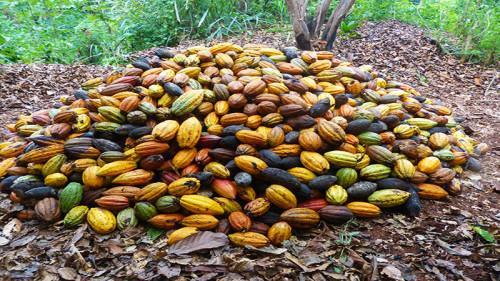 (Business in Cameroon) - The quantity of cocoa beans received in Douala port by end May 2018 was 223,413 tons; two months to the end of the 2017-2018 cocoa campaign (technically concluded in mid-July 2018) according to authorized sources.

Compared to the 249,573 tons exported from Douala port by the same period during the 2016-2017 campaign, the current performance represents a drop of 10%.

According to the actors of that sector, this drop in the performance is due to the violence perpetrated for more than a year now in the English speaking regions, mainly the Southwest which is one of the largest production basins in Cameroon.

Indeed, to avoid the insecurity created by the anglophone separatists who are demanding the division of Cameroon, most of the producers in the Southwest left their villages abandoning their farms or selling their products at discounted prices. These products are then exported to Nigeria, the neighboring country which shares a porous border with that region.

Let’s remind that according to Human Is Right, a Cameroonian NGO, this year, cocoa trade in that region fell by 80% mainly because of the paralysis of the activities of Telcar Cocoa (which exports 30% of Cameroon’s overall cocoa exports), local dealer of the American firm Cargill which mainly operates in the Southwest.