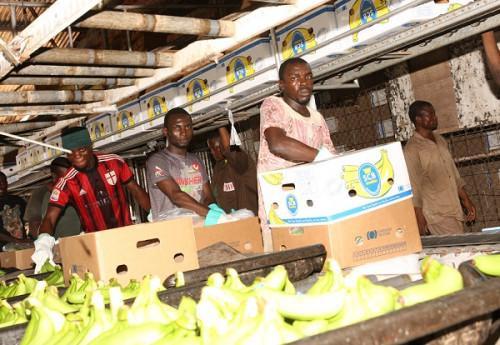 (Business in Cameroon) - In September 2021, banana exporters operating in Cameroon exported 20,471 tons of the product, according to figures recently published by the Banana Association of Cameroon (ASSOBACAM). Compared with the 12,651 tons of banana exported by those operators in August 2021, this represents a 7,820 tons increase month-on-month. Year on year, the volume of bananas exported in September 2021 is up by 14% (2,532 tons). Such achievement was notably spurred by Plantations du Haut Penja (PHP).

This increase in the exports of every market operator foretells a general increase in Cameroon’s overall exports earnings. Indeed, according to government data, banana is one of the ten non-oil products Cameroon exports to the European Union (which is the main destination for Cameroonian banana) the most.

To boost its revenues from banana exports, Cameroon is planning to increase its annual production to 500,000 tons by 2030, according to the National Development Strategy (NDS 20-30).