Cameroon : 300,000 fingerlings to be distributed to fish farmers in 2020 to boost production 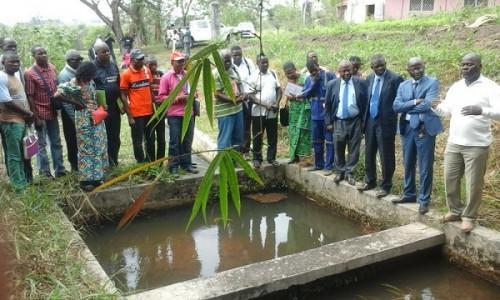 (Business in Cameroon) - The marine fishing development agency CDPM plans to distribute 300,000 fingerlings to local fish farmers to contribute to an improvement of aquaculture production in the country.

The information was leaked on December 30, 2019, during the last meeting, for the 2019 fiscal year, of this public institution, in Douala. In order to achieve its objectives, CDPM was, during this council, endowed with a budget of nearly XAF1 billion.

As a reminder, despite a gradual increase in production, according to the Ministry of Livestock, Fisheries and Animal Industries (Minepia), aquaculture production in Cameroon remains low, compared to the potential.

In recent years, the government has launched actions to promote aquaculture in order to limit the importation of frozen fish, which affects the country’s trade balance each year.

As an example, in 2018 alone, massive imports of frozen sea fish swallowed up more than XAF154 billion, according to the National Institute of Statistics.