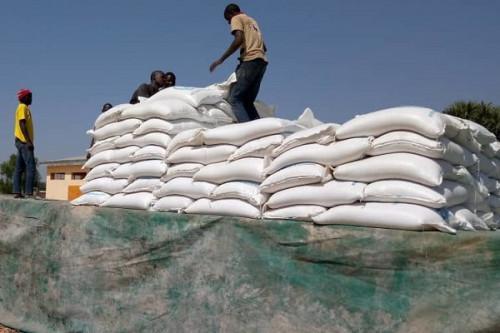 (Business in Cameroon) - The Rainfed Rice Development Project (Proderip) financed by the Japan International Cooperation Agency (JICA) in Cameroon is facing smuggling issues. Official data indicate that a large portion of the project's production is smuggled into Nigeria.

"We don’t know the exact volume of the local production that goes to Nigeria illegally. The Semry (operated by Yagoua Rice Expansion and Modernization Company) and Undva (operated by the Upper Noun Development Valley Authority) production basins are both affected. Since the two companies that operate them are unable to absorb the whole production, speculators see an opportunity to smuggle large quantities to Nigeria. That's why it's difficult to say exactly how much rice is produced in Cameroon," says Emile Folefack Tsopkeng, the National Proderip Coordinator.

Proderip was launched in Cameroon in 2011 in close partnership with the Japanese agency JICA with an initial budget of CFA1.5 billion. To date, JICA reported, nearly 10,000 farmers have received training and about 75,000 tons of seeds have been distributed. Phase 2 of the project, which ended last September, has trained nearly 4,000 new farmers. Phase 3 is scheduled to run from this month to 2027.