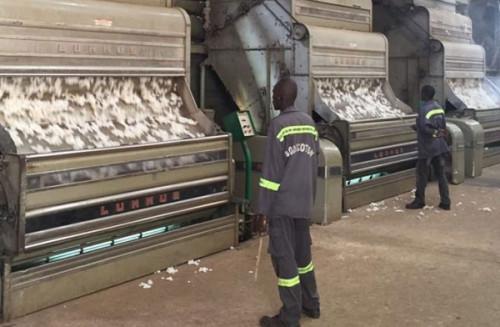 (Business in Cameroon) - On April 12, 2021, the International Islamic Trade Finance Corporation (ITFC) signed two financing agreements with Cameroon, through the Minister of Economy Alamine Ousmane Mey, according to a release published by the corporation.

One of the said agreements is an interest-free (Murabaha) €98 million (XAF64.3 billion) agreement to facilitate the purchase of agricultural inputs for state-owned cotton producer SODECOTON.

"(…) We are committed to working closely with our partners and to supporting the country in its efforts to develop important sectors such as agriculture, especially cotton, which is a major export commodity," commented Hani Salem Sonbol, ITFC CEO. "ITFC financing to date has enabled the country to achieve a record production of 328,454 tons of seed cotton collected in 2019/2020, of which 115,000 tons of cotton lint were exported despite the COVID-19 pandemic," the ITFC indicates in the release.

The International Islamic Trade Finance Corporation (ITFC) is a member of the Islamic Development Bank (IsDB), which is a long-standing financial partner to SODECOTON. Every year, IsDB provides financial support to help the state-owned cotton company purchase agricultural inputs and cotton seeds from producers. Initially, the yearly support was capped at XAF13 billion but in the 2017-2018 cotton season, the support was increased after tough negotiations between the IsDB and the Cameroonian government.

Since the 2017-2018 campaign, that yearly support is now XAF65 billion, and thanks to it, SODECOTON can effectively purchase the cotton seeds produced by the about 250,000 producers it oversees. It also shields the cotton company from the sometimes prohibitive interest rates on loans provided by the local banks SODECOTON used to solicit for its funding needs when the IsDB’s yearly financial support was still capped at XAF13 billion.

It is worth reminding that in its recent report on state-owned companies’ 2019 performance, the Technical Commission for the Rehabilitation of Enterprises in the Public and Para-public sectors (CTR) ranked SODECOTON in the top 5 of the promising state-owned companies out of the 50 public corporations reviewed (Ed.note: SNH was not reviewed). The CTR explains that the public corporations ranked as promising are those which recorded positive operating results and net profit, and also generated dividends as of December 31, 2019 (Ed.note: SODECOTON recorded XAF3 billion of net profit in 2019).