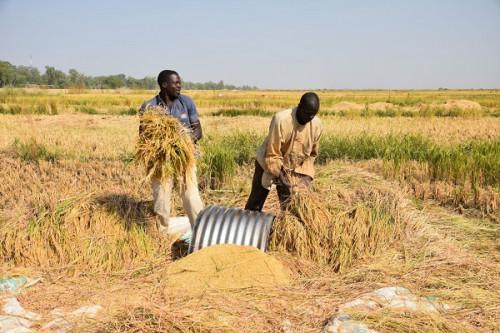 (Business in Cameroon) - The Scet Tunisia/Coba consortium has just been selected to carry out technical studies for the rehabilitation of the Maga and Yagoua rice fields in Far-north Cameroon. The Group will also be involved in the project to develop and enhance the value of investments in the Logone Valley (also in the northern region). The value of the contract is XAF1.8 billion and studies are expected to last 12 months while supervision works will last 27 months.

Scet Tunisie/Coba won a restricted call for tenders which was previously sent to five other firms. The said firms are Groupement Caid International/Beata Plus (Tunisia), Cira SAS/Ececcam (Mali), Hydroplan/Ipact/ISD (Germany), Lahmeyer International GMBH (Germany) and SCP/Aspac (France). But we learn from the invitation to tender that four consultants submitted their technical proposals on time except for Lahmeyer International GmbH (Tractebel). The latter finally withdrew.

The Tunisian group is therefore now in charge of extending the Emergency Flood Control Project (Pulci) launched in 2013 with the support of the World Bank. The first stage of this project was completed last May. According to the Bretton Woods institution, Pulci has already enabled the rehabilitation of more than 97 km of flood protection infrastructure and about 6,000 ha of rice fields, enabling rice farmers to increase their yields and produce two harvests a year.

Overall, Pulci aims at rehabilitating major waterworks and strengthening disaster prevention and preparedness in Cameroon's far north. Indeed, residents of Maga, Vélé, and Kai-Kai are usually apprehensive of the impacts the rainy season would have on the Logone River.