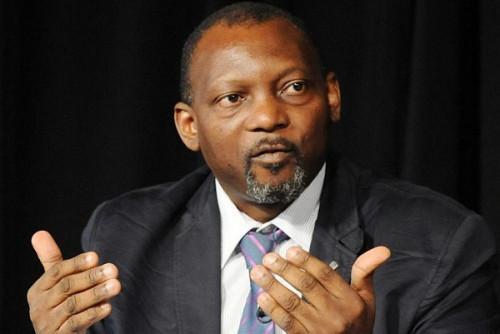 (Business in Cameroon) - On May 5, 2021, Prime Minister Joseph Dion Ngute signed a decree canceling the incorporation of over 66,000 hectares of land located in the Ntem Valley, in the Southern region, into the state private domain. This decision marks the end of the industrial cocoa plantation and agribusiness technopole (PAC) projects proposed by Neo Industry and First Development Mission (FDM). At least, they will no longer be implemented on the lands set up for these purposes.

In the present interview, Samuel Nguiffo, secretary-general of the Center for Development and the Environment (CED Cameroon), which protects the rights of local and indigenous communities in the Central African region, presents the lessons to be learned from the government’s decision and suggests measures that could ensure a peaceful implementation of agribusiness projects in local communities.

Business in Cameroon: Prime Minister Dion Ngute recently canceled the decision, issued in 2016, to incorporate hectares of lands into the state domain in the Ntem Valley. What could have caused such a backpedaling?

Samuel Nguiffo: Since the government provided no reasons to explain its action, I can only speculate based on some facts. We know that the lands concerned by the decision are those located in the Ntem Valley where local communities went to their traditional rulers last year to strongly demand the reincorporation, into their cultural landscape, of the properties incorporated into the state private domain in 2016. This was in reaction to the government leasing part of the lands to two investors [ed. note: Neo Industry and PAC). At the time, they explained that the government did not inform them of its decision to create that land reserve in their community. They even decided to take the matter before the administrative court to demand the cancellation of the disputed land project.

So, we can deduce that the government’s backpedaling was caused by the local community’s particularly efficient resistance, its clearly stated demands, as well as its subtle strategy.

I think this is a wise decision taken by the government, which chose to avoid an escalation of disputes with a community that was determined not to let go. A government that rescinds its previous decisions for residents’ well-being is not necessarily weak. Far from that, it is a normal and even beneficial thing to do for peace to reign because, as the government is not infallible, it should not choose to stubbornly pursue the implementation of a said decision when the latter is challenged.

BIC: This is the second such decision the government is canceling within just months. Why such oppositions?

SN: This is indeed the second time within just months that the government is rescinding its land management decrees. In July 2020, the Prime Minister issued a decree canceling a previous decision incorporating part of the Ebo forest into the state private domain and suspending the process of classifying the second part of the said forest.

The disputed portion is about 130,000 hectares wide. In this case also, the government’s rescinding decree was prompted by the firm opposition of a large part of the Banem community and its diaspora as was the case in the Ntem Valley.

The reasons for such oppositions to the government’s land reserve creation plan could be as follows.

First, land is a strong community mobilization factor, especially in a context where growing lands and resource pressures are exposing communities to expropriation risks. In that regard, we can say that the stories that made media headlines contributed to the mobilization of the populations who were fearing that they could be deprived of the lands that provide most of their subsistence means.

Secondly, land is an essential component of communities’ cultural identity. Those communities identify themselves with the lands where they were born and those on which their production system depends. It is therefore normal when traditional rulers who should guarantee the integrity of cultural lands call for mobilization when the integrity of those lands is at stake. It is also normal to see communities repond to those calls even if they no longer derive their subsistence means from the exploitation of those lands.

The third factor is that there is a latent conflict between the government and communities concerning lands and public spaces. Based on a set of rules, both the government and communities claim the rights (sometimes exclusive) to manage lands and public spaces. According to state laws, communities have no rights on lands and various resources. Meanwhile, customary rights grant residents ownership to the community lands. For instance, the Ntem Valley’s community indicated that as the government was established recently, it could not claim ownership of their lands while the local community is known to have been the age-long owner of the disputed lands.

BIC: What are the lessons to be learned from this situation?

SN: Several lessons can be learned from this decision but also from communities’ tendency to strongly oppose the government’s decision to transfer customary lands into its private domain.

The first lesson is the persistence of customary rights in our country. Those rights have resisted over a century of coexistence with state land law. It is the reference law for rural populations. For the old state land law, it is not suited for the current management dynamic and rural populations’ expectations. Their coexistence is explosive because it raises legitimacy problems.

The second lesson is that the state law is outdated compared with international standards when it comes to the recognition and protection of community rights. Once again, I can say the problem is that Cameroon’s land tenure laws, which date back to the mid-1970s, are inadequate for the present situation. A careful analysis of the situation will provide useful hints to successfully carry out the land reform the country embarked on since 2011. In short, there is an urgent need to finalize that still-awaited reform.

The third lesson from the present situation is that the current uncertainties caused by the status quo are detrimental to the relationship between the government and rural communities. They can lose confidence in the government which they sometimes suspect of willfully spoliating their lands. This will be extremely prejudicial as the communities are getting more organized and are now resorting to collective actions.

BIC: Obviously, incorporating public lands into the state private domain creates conflicts. But, how can the government guarantee that investors can have access to lands if that is the case?

SN: The recurrence of conflicts between the government and local communities over lands and resources is a great concern. It can also be misunderstood if the conflicts are analyzed superficially.

In Cameroon, the recent cases show that communities strongly aim to secure their land rights. It is understandable that the state wants to respond to investors’ demand by providing arable land for agribusiness. The fact that land in the Ntem Valley was already allocated to investors confirms the demand.

However, we can question that propensity to grant large portions of community lands to investors. Truly, the reason investors usually need lands is to secure access to quality raw materials at affordable prices for their processing operations or even for exports.

However, when investors try to get such portions of lands, they become enemies of local communities that will be obliged to make structural changes in their production and living systems. Thus the risks of conflicts between the community and the investor.

BIC: Is there any other alternative for the government?

SN: The government and investors can partner for an equal distribution of the wealth generated by the opportunity presented. For instance, they can let communities retain control over their customary lands and help them produce raw materials that meet the investors’ requirements.

If they do so, the investor will become the communities’ partner instead of being branded as an enemy. Also, the investor will contribute to local development and help improve the living conditions of every farming household in the said area. Its operations would then include providing technical assistance (in collaboration with government services) and inputs as well as  guarantee loans from banks or microfinance institutions. It can also finance the construction and maintenance of rural roads to open up production areas.

These wealth-sharing schemes seem to be the most appropriate solution for our countries. They strengthen communities’ land security. It also gives them the respect and dignity that they do not have in the current concession system. It also ensures smooth operations for the investor, which will now become a partner of the communities it is helping create wealth.

Also, this solution will comfort the government’s role as an authority that protects its citizens by helping them capitalize on investors’ arrival to develop their regions. A study carried out in South America, Eastern Europe, Asia, and Sub-Saharan Africa (the main regions where land investments are thriving) has shown that when communities feel land insecure, investors that settle on their customary lands are highly likely to lose their investments. Several examples, including cases in Cameroon, illustrate that fact. So there is an urgent need for reforms.