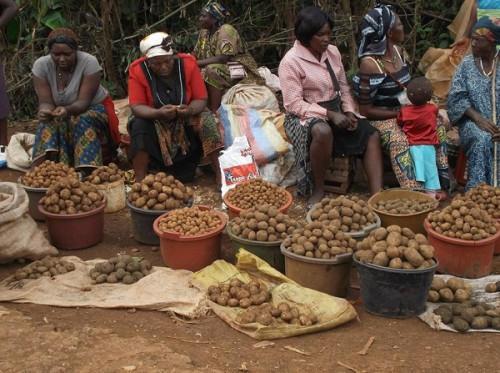 (Business in Cameroon) - Potato production in Cameroon is dominated by the west and northwest regions, data from GIZ’s Green Innovation Centers for the Agriculture and Food Sector project (GIZ-Procisa) showed. The two regions account for 80% of production, ahead of Adamaoua.

According to these data, the national potato production has varied between 220,000 and 400,000 tons over the past decade, depending on the weather, far below the annual average of 1 million tons demanded on the local market.

Experts said the main challenges to higher production include the difficult access to seed and non-utilization of improved seeds. They say traditional seeds only produce 7-13 tons per hectare while the improved ones can reach 20 to 40 tons per hectare.

In need to boost production, the GIZ project plans to set farms of improved seeds as to meet the annual seed needs estimated at 2.4 million tons according to the Cameroonian agriculture department.