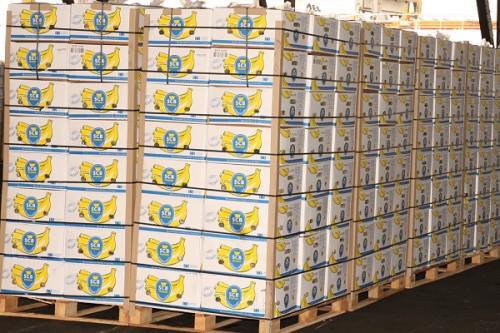 (Business in Cameroon) - State agribusiness company CDC exported 15,402 tons of bananas between January and November 2021, according to figures compiled by the banana association of Cameroon Assobacam. Over the same period in 2017, the year when the sociopolitical crisis that destroyed the economic fabric of the Southwest - where it has most of its plantations -escalated, the company exported 90,988 tons of bananas.

It means that comparatively, between January and November 2017, CDC’s banana exports are 5.9 folds the volume it exported over the same period this year. This fact reveals the challenges being faced by the agribusiness firm to bounce back after the so-called Anglophone crisis raging in the Northwest and Southwest since late 2016.

Indeed, in Cameroon, the company is the second-largest employer after the civil service and under the guise of separatist claims, armed individuals converted its plantations into training grounds. The staff found that those plantations were usually attacked while the processing, storage, and packaging infrastructure were burnt. The insecure environment in which the company and its 22,000 employees were operating forced the management to suspend operations. This led to CDC’s disappearance from the banana exporters’ database between September 2018 and May 2020.

Since its return to the banana market in May 2020, the company, which was the second main operator in the market, has been recording rather low performances. This could soon change thanks to some projects, both ongoing and being developed. An example of those projects is the announced rehabilitation of 520 hectares of banana plantations this year. There are also discussions with Canadian group GMC Universal for the diversification of CDC’s production with the launch of a cassava segment. Also, the construction of two new palm oil and rubber production plants is planned.