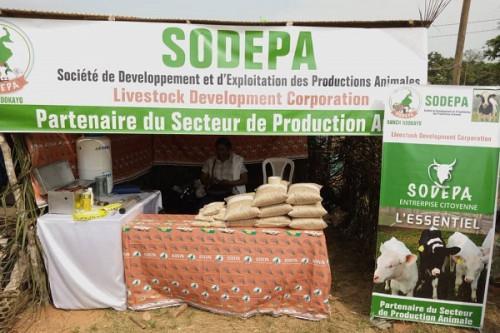 This transformation, the decree explains, gives SODEPA "legal personality and financial autonomy (...)" Also, the development corporation can create antennas, offices, or representations, if necessary, inside or outside the national territory by resolution of the board of directors.

Prior to that decree, the corporation was a state-owned company but its operating powers were limited.

The transformation of this company into a public corporation was a recommendation made by the Technical Commission for the Rehabilitation of Public and Para public Sector Enterprises (CTR) in its report on Public Enterprises 2019 performance.

In the document, the CTR recommended "bringing SODEPA's Articles of Association into line with the Law No. 2017/011 of July 12, 2017, on the general status of public companies and the implementation of the new organization chart resulting from the Organization and Staffing Plan (POE)" drawn up in 2018.

According to the 2017 law, a public corporation is "a legal entity governed by private law, with financial autonomy and share capital wholly acquired by the State, one or more public companies or decentralized local authorities. it is created to offer industrial, commercial or financial services to the general public".

With its new status, SODEPA social's capital has increased by XAF11.12 billion (XAF833.75 million to 11.96 billion). The new share capital is divided into 1,196 shares with a par value of XAF10, 000 each and a balancing cash adjustment of XAF1, 262 fully paid up and held by the State. The State of Cameroon thus has 97.67% of shares and 2.33% is owned by the National Investment Corporation of Cameroon (SNI). It's important to note that until this capital increase, only 66.66% of SODEPA's shares were owned by the state and 33.34% by SNI.

Created in September 1981, SODEPA's mission is the management of pastoral perimeters, the development of livestock as well as the transformation and marketing of livestock products and by-products. To carry out its duties, the company has a land base of 383,233 hectares, ranches in the major pastoral areas of Cameroon (Faro in the Adamaoua region, Dumbo/Jakiri in the North-West, Ndokayo in the Eastern region), and two industrial slaughterhouses in Yaoundé and Douala. The Yaoundé slaughterhouse has a capacity of 400 cattle, 400 sheep/goats, 100 pigs per day while for the Douala house the capacity is 200 cattle, 200 sheep/goats, and 100 pigs per day. Each of these slaughterhouses also has a by-product unit.