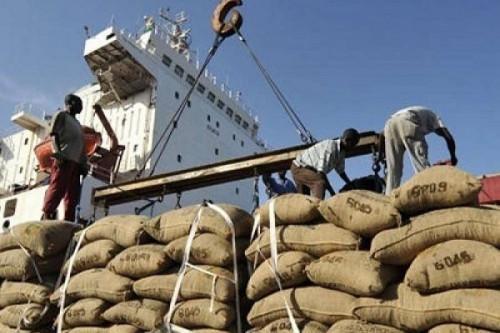 (Business in Cameroon) - The Cameroonian Customs Administration (DGD) is expecting the newly-introduced cocoa beans export tax to generate between CFA20 billion and CFA25 billion this year.

"The export of raw cocoa beans is subject to an autonomous exit duty at a rate of 10% of the FOB value. This rate is 2% for cocoa beans exported to industrial free points or similar systems," the 2023 finance law states. This new provision stems from a presidential requirement contained in the letter on the preparation of the 2023 state budget signed on August 23, 2022, by the President of the Republic, Paul Biya. The leader prescribed in particular that the government should implement, as from 2023, "an export taxation policy that takes into account the real level of processing of goods", to "further encourage exports of finished manufactured made-in-Cameroon products.”

Reliable sources reported that the taxation of raw beans export in Cameroon follows many complaints from grinders, most of whom now find it difficult to source beans on the local market. This implies that the numerous investments made by the government to revive the sector are still insufficient.

Indeed, despite the arrival on the local beans processing market of two new operators with a grinding capacity of at least 80,000 tons, namely Atlantic Cocoa (48,000 tons expandable to 64,000 tons) and Neo Industry (32,000 tons), the cocoa sector in Cameroon remains dominated by beans exports. Data compiled by the National Cocoa and Coffee Board (NCB) show that bean exports for the 2021-2022 season (217,107 tons) represent two and a half times the volume processed locally (86,850 tons).

To help narrow this gap, an operator suggested that the government further encourages the rise of local processing factories through the introduction of a quota system.