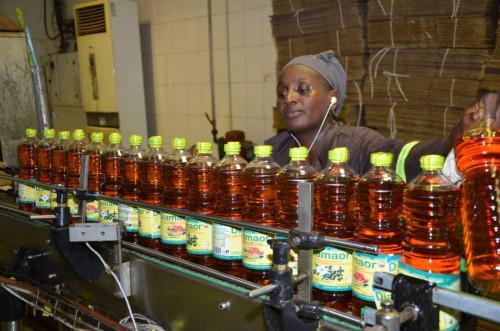 (Business in Cameroon) - In preparation for the rise of its yearly cotton production to at least 400,000 tons by 2025, national cotton company SODECOTON is accelerating investments in processing units.

Indeed, on March 6, 2021, the company laid the foundation stone of its tenth cotton ginning plant in Gouna, in the Far North. Days later, it launched preparations for the construction of a cottonseed oil production plant in Tchabal Margol-Ngaoundéré, Adamaoua.

In a release published, on March 15, 2021, the Ministry of Environment, Protection of Nature and Sustainable Development invites residents to the public consultations that will be held on March 22-27, 2021, to discuss the project’s environmental impact assessment.

The Ngaoundéré cottonseed oil production plant will be the third similar infrastructure owned by SODECOTON (the first and second are in Garoua and Maroua). According to the above-mentioned release, its daily pressing capacity is 300 tons.

Meanwhile, credible sources reveal that to fund the construction (XAF25 billion), SODECOTON initiated discussions with financial backers, including the AfDB, in 2019.

For SODECOTON’s top management, the proposed plant will help meet the ever-growing need for quality and affordable oil needs in the southern part of the country. It will also boost livestock feed production, we learn.

To boost its oilseed pressing capacity, SODECOTON previously borrowed XAF2.5 billion, from Afriland First Bank, to modernize its Maroua oil mill. Thanks to that investment, the pressing capacity of the oil mill rose from 70,000 tons (in 2016) to 110,000 tons (in 2019). Also, the company is planning to modernize its Garoua oil mill through the XAF6 billion loan it is currently negotiating with the Arab Bank for Economic Development in Africa (BADEA).

SODECOTON is Cameroon’s public cotton company, which organizes cotton production and marketing in Cameroon. The company, which oversees over 250,000 producers, is  59% owned by the State, 30% by French group Geocoton and 11% by Société mobilière d'investissement du Cameroun (SMIC).

Affected by a XAF36 billion loss over the 2014-2016 period, it resumed with profitability as of the 2017-2018 cotton campaign thanks to a restructuring plan implemented by the new management appointed in 2016. After a XAF5.1 billion net profit recorded during the 2017-2018 campaign, its profit dropped slightly to a little over XAF3 billion in the 2018-2019 campaign.  Despite a new rise in its production during the 2019-2020 campaign, it ended the season with a net loss of XAF5.6 billion. According to official sources, this poor performance was due to the coronavirus pandemic.