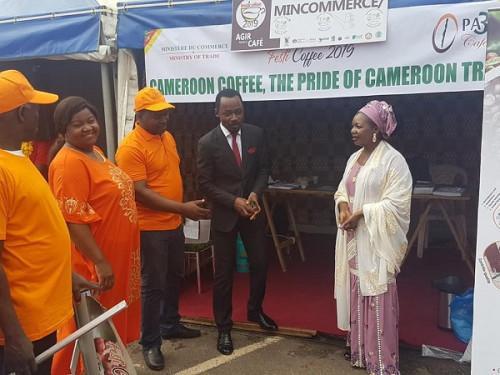 (Business in Cameroon) - The 7th edition of the International Cameroonian Coffee Festival (Festicoffee) opened April 16, 2016, on the esplanade of Yaoundé town hall. This year’s edition themed “Acting for coffee” is, organizers said, an advocacy to the various actors, so that the coffee sector in Cameroon can be saved.

Local coffee production has been declining for several years due to the disaffection of producers and weather effects, despite the various revival programs implemented. Coffee production which was 130,000 tons in the 90s drastically dropped to 25,000 tons last season.

In contrast, good performances are observed on the processing segment, mainly dominated by Cameroonians who received various international awards for the quality of their products. The latter, highly appreciated by coffee lovers, were once again tasted on the occasion of the “National Tasting Day”, which has always been, along with the trade fair, one of the major events of the Festicoffee.

Let’s note that the International Cameroonian Coffee Festival was first organized in 2012 by the coffee inter-profession with the support of the government.