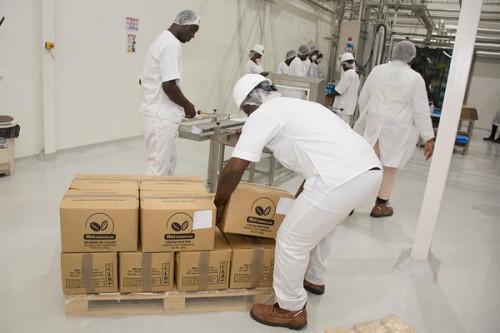 (Business in Cameroon) - Cocoa processors operating in Cameroon processed 60,405 tons of the product during the 2019-2020 cocoa campaign that ended on July 15, 2020. According to data from the national cocoa and coffee board ONCC, this is 24,000 tons less than the 84,480 tons processed during the previous campaign.

This decrease in processing activity occurs despite the introduction of a new processor in the market: Neo Industry, located in Kekem, in the West. According to the board, the company (which has a processing capacity of 32,000 tons) only processed 4,286 tons of cocoa during the campaign under review.

During the campaign, processing activities were once again dominated by Sic Cacaos, a local subsidiary of Swiss group Barry Callebaut. The processor, which recently increased its processing capacities, processed 53,691 tons, representing 75% of the volume of cocoa processed during the campaign.

At the same time, Chococam (a subsidiary of South African Tiger Brand) processed only 1,553 tons of cocoa. Next came Ferrero (operation in the second transformation) which processed 717 tons and small processors transformed 79.6 tons during the period.

A brief analysis of ONCC’s data shows that Fapam Industry processed no cocoa during the campaign under review. Following state support, the firm (located in Mbalmayo) entered the first and secondary processing in 2017.