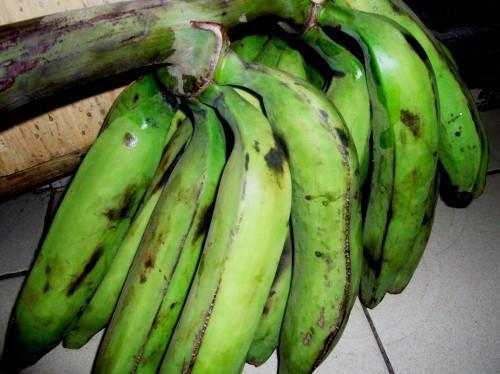 (Business in Cameroon) - An industrial plantain processing plant should soon be built in Pouma, Cameroon, Cameroon Tribune indicates. According to the state-owned media, the information about this project was revealed on July 13, 2019, during a review meeting in the framework of the project aimed at creating an agriculture belt around Kribi.

The plant will need 1,500 tons of plantain to produce 190 tons of flour every year. This is an opportunity for farmers who produce the plant whose world’s best collection is at the Central African Research Centre on Bananas and Plantains (CARBAP) in Njombe, Cameroon.

The Pouma plant is not the first project in the sector of plantain's industrial processing in Cameroon. In June 2016, Sapidacam in partnership with Spanish agribusiness Tomsa Destil, announced the construction of plantain processing plants in the country’s production basins. Three years later, it seems there is not much development.

Let’s note that local plantain production does not meet the demand. In addition, barely 30% of the opportunities presented by this product are exploited, experts reveal. Most of its sub-products are unknown for Cameroonian producers who thus miss huge opportunities. For, instance, the national institute for statistics indicates, fresh of dried bananas and plantains constituted 1.6% of Cameroon's exports to Italy in 2018.

In 2005, to take advantage of the opportunities presented by the plantain segment, government launched a retraining program (Programme de reconversion de la filière banane plantain-Prebap). Fourteen years later, Prebap has still not been fully implemented yet. It even seems to have disappeared from government’s agenda.