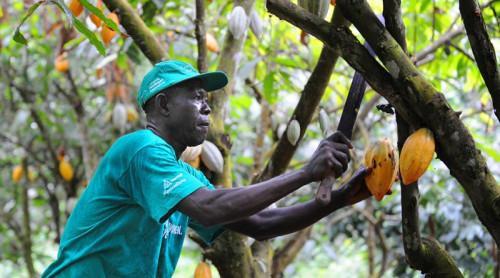 (Business in Cameroon) - Through the Cocoa and Coffee Development Fund (FODECC), Cameroon will disburse XAF50 billion, over 5 years, to boost cocoa and coffee production. The information was disclosed by Samuel Donatien Nengue, FODECC manager, in an interview with Financial Afrik.

He explained that the funds will not be handed to producers but rather used for the purchase and distribution of agricultural inputs, fertilizers, and other production needs expressed by the producers themselves. "Infrastructure is not concerned, but we are planning to subsidize them," he added.

Let’s note that for over ten years now, the Cameroonian government has taken numerous initiatives to revive cocoa and coffee production in the country. However, the results achieved are not always as expected. For instance, in 2014, the government adopted a cocoa-coffee revival plan aimed at reaching a yearly production of 600,000 tons of cocoa and 185,000 tons of coffee by 2020. However, in 2019, official figures were estimating the yearly cocoa production at about 365,000 tons, far below the 2020 target.

So, the country set a new target for the five coming years. This time, the country plans to exceed the 600,000 yearly tons target to 640,000 tons (according to the 2020-2030 national development strategy). To fulfill its ambition, the country will have to step up its actions. Indeed, the XAF50 billion support announced is just a portion of the XAF600 billion required to fund the 2015-2020 cocoa-Coffee revival plan adopted on September 30, 2014.

This plan was based on increased funding for research, the production and large-scale distribution of seedlings produced from improved seeds, the comprehensive treatment of the cocoa-coffee orchard, as well as the creation of new and large plantations.