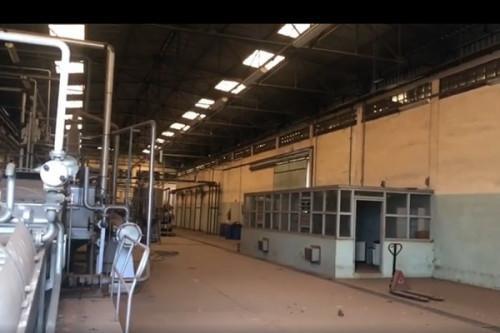 (Business in Cameroon) - The Cameroonian government announces that food canning company Société des conserveries alimentaires du Noun (Scan) will soon resume operations. The relaunch of this company, which closed its doors in early 2000 after six (6) years of operations, falls within the framework of the government’s strategy to relaunch the tomato sector affected by the coronavirus pandemic.

With the relaunch, the country will have a tomato canning plant that will process fresh tomatoes and thus help avoid the sell-offs observed after the first COVID-19 cases were confirmed in the country.

Indeed, to combat the importation of the disease, the country closed its borders on March 17, 2020. With the border closure, Cameroonian producers were unable to sell their products to their traditional buyers from neighboring countries like Gabon and Equatorial Guinea, who according to official sources usually purchase a substantial part of the 700,000 tons of tomato Cameroon produces yearly. Producers were thus obliged to sell-off their products to avoid spoilage.

Sources close to the case explain that SCAN was closed in the 2000s because of financial losses resulting from the inability to operate fulltime, owing to a lack of sufficient raw materials (tomatoes). Canned tomato production costs also affected the company's competitiveness.