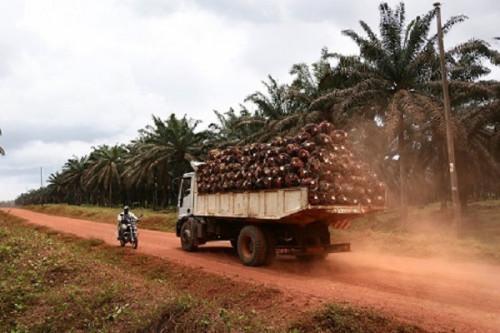 (Business in Cameroon) - In Q4-2021, palm oil production would drop in Cameroon, according to the quarterly business survey “ test prévisionnel de conjoncture” recently published by the Bank of Central African States (BEAC).  According to the survey, the drop will be caused by “the [long] oil palm production cycle in an unfavorable environment marked by land problems, legal proceedings against some producers and palm nut thefts (by surrounding communities).”

The problems listed by the BEAC aside, the main factor that could contribute to the drop in palm oil production in Cameroon is the Anglophone crisis raging since 2016. Indeed, the Southwest, which is one of the two regions affected by that crisis, hosts the plantations and equipment of the two state-owned agribusiness firms (CDC and Pamol Plantations Plc) that are among the main palm oil producers in the country.

According to a report published by the Commission for the Rehabilitation of Public and Para public companies (CTR), between 2016 and 2018, Pamol Plantations Plc’s turnover dropped by 83.6% due to the said crisis. At the same time, CDC’s palm oil production branch lost 60.9% of its turnover.

On July 5, 2019, during Minister of Agriculture Gabriel Mbairobe’s field visit, CDC revealed that over the first six months of 2019, it was only able to produce 2,100 tons of palm oil out of an expected 17,400 tons yearly production due to insecurity caused by separatists in the Northwest and Southwest.

The projected drop in palm oil production could worsen the 130 kilotons of structural palm oil deficit recorded in Cameroon every year. This situation will force Cameroon to once again resort to importation. For 2021, the oilseeds sector regulatory commission has authorized the importation of 120 kilotons of palm oil to bridge the deficit.