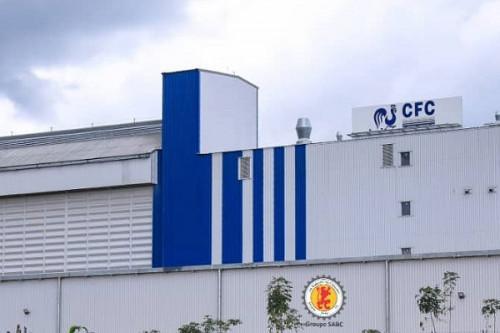 The capital increase was approved by the board of directors during a session held on December 9-20, 2021. At the session, the board authorized an increase from XAF2.5 billion to 10 billion, we learn.

"Société anonyme des brasseries du Cameroun (SABC) is the only subscriber. The aim is to increase SABC’s stake to 95%," explains an internal source. Till the capital increase, SABC was controlling 80% of the capital against 20% for Somdiaa, the parent company of sugar producer SOSUCAM and the project designer. According to the legal announcement, to increase its stake in CFC, SABC also acquired some of the stakes owned by Somdiaa.

Located in Mbankomo, a suburb of Yaoundé, CFC boosts SABC's position in the agribusiness sector, considered by Emmanuel de Tailly (CEO of SABC) as a crucial point for the emergence of Cameroon.

"The current history of our economies, which are subject to unprecedented fluctuations in commodity prices, teaches us that diversified economies with a prevalent agribusiness sector are the most resilient," said Emmanuel de Tailly, during the inauguration of CFC.

During the inauguration, Emmanuel de Tailly even invited Prime Minister Joseph Dion Ngute to declare agribusiness as a priority sector in Cameroon.