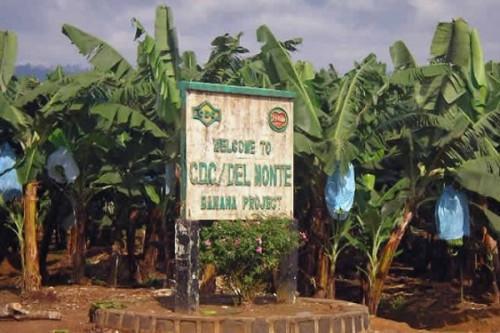 (Business in Cameroon) - State-owned agribusiness Cameroon Development Corporation (CDC) recorded a XAF17.9 billion net loss in 2019, according to a report published by the Technical Commission for the Rehabilitation of Public and Para public Sector Enterprises (CTR).

"This poor performance is mainly due to the drop in the production units’ (plantations and factories) operations, caused by persistent insecurity in the region (ed. note: the South-West)," CTR indicates in its report.

Indeed, the state-owned company (with is the second-largest employer after the state with 22,000 employees) has paid the heaviest price in the social-political crisis shaking the two anglophone regions since late 2016.

For several months, the company (which produces oil palm, rubber, and banana) had to suspend its operations because it had become a target for armed separatists gangs who attack its employees and burn its production units.

During those months, its wage debt kept growing since the government instructed it not to dismiss employees. That wage debt grew to XAF14.5 billion as of December 31, 2019, despite a XAF4.9 billion support provided by the state in 2019 to help pay salaries, CTR indicates.

Let’s note that in September 2018, CDC (which was the second banana exporter) stopped exporting bananas and resumed in mid-2020. According to figures compiled by the Banana Association of Cameroon (Assobacam), that year (2020), CDC exported 6,168 tons of banana. That figure could increase this year, thanks to the help of the state of Cameroon (its sole shareholder), which is trying to restructure the company because of the ongoing security crisis in the Anglophone regions.