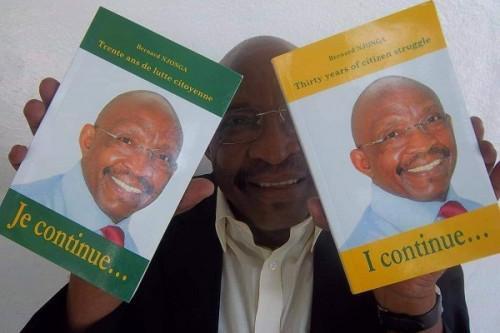 (Business in Cameroon) - On the night of February 21-22, 2021, Bernard Njonga, the agricultural engineer who became famous for his fight for food security in Cameroon, died at 66. The strong supporter of the rural world succumbed to an illness during a medical evacuation at the University Hospital of Amiens, France, according to various sources close to the deceased.

Indeed, in March 2006, he obtained the government ban on frozen chicken importation in the country after a long advocacy and lobbying campaign that began in 2003 through the Citizens' Association for the Defense of Collective Interests (Acdic), and several sponsored radio and television reports on the decline of the poultry industry in Cameroon. During some public demonstrations, he was even arrested (several times).

The ban he obtained is still in force 15 years later. It has helped revive the local poultry industry, which was ailing for years. With the obtention of that ban, he received the nickname "José Bové camerounais" (the Cameroonian José Bové), after José Bové, the late engineer's French idol (Mr. Njonga even invited José Bové to Cameroon but the French activist was turned away at the airport).

Following in the footsteps of his French idol whose methods he skillfully experimented within Cameroon (ed. note: over 15,000 eggs were poured one morning in front of the Ministry of Livestock to protest against the management of bird flu), Bernard Njonga started a new battle after the victory over frozen chicken imports.

Indeed, no sooner had the government banned the importation of frozen chickens than an epizootic of avian flu broke out in the country in May 2006, ruining the initial recovery efforts of Cameroonian poultry farmers. Then, to stop the slumping sales of poultry products shunned by consumers who were fearing contamination by the H5N1 virus, Bernard Njonga started appearing in commercials and markets, biting into a chicken leg or eating eggs. During his appearances, he also used to explain that the virus would not survive in foods properly cooked like Cameroonians usually do.

His actions were futile, however. He was unable to prevent chicken sales from slumping in the country. But, thanks to intensive lobbying carried out by Bernard Njonga and the local poultry farmers, substantial government compensations were obtained for poultry industry players affected by the 2006 epizootic.

Months later, noticing the rise in the price of corn in local markets, he turned his attention to the funding released for the Ministry of Agriculture's "projet maïs" (the corn project) set up to boost the production of corn, which constitutes 70% of the feed for farm chickens.

After a careful investigation conducted in the country's production areas, Acdic and Bernard Njonga found out that part of the XAF2 billion managed by those in charge of the "projet maïs " was misappropriated. Because of the findings, the official in charge of the implementation of the project was dismissed and later prosecuted.

Bernard Njonga was also the one to reveal the scandal surrounding the "Sonalika" tractors, whose assembly plant and hundreds of ready-to-use tractors are still abandoned and left to rust in the bush at Ebolowa, in the southern region of the country.

The activist also carried out campaigns to fight the massive imports of consumer food products, which affect the country’s trade balance. Also, on the eve of the Ebolowa agropastoral show in 2011, he even organized a large tasting session, in Yaoundé, to promote "made in Cameroon" agri-food products. By demonstrating the expertise of local bakers and pastry chefs who use local raw materials, Mr. Njonga obtained facilities from the Cameroonian authorities to animate a stand of "made in Cameroon" products at the Ebolowa 2011 agropastoral show.

In 2014, he left Acdic and went into politics. As the President of the political party Believe in Cameroon (Crac), he was planning to take part in the presidential election of 2018. But, for health reasons, he was unable to do so. In 2020, he was a candidate for the Moungo-North constituency for the legislative elections. He was not elected, however.

He was in the end unable to fulfill his wish to transform Cameroon within four years, as he used to say. Nevertheless, he left his mark as an advocate of local agricultural production and food sovereignty in his country, a path he seems to have been predestined for since he was a young bachelor.

Indeed, after he passed the entrance exam to the School of Aeronautics in Algiers (Algeria), the University Center for Health Sciences (CUSS), and the National Higher School of Agriculture (Ensa), Bernard Njonga, driven by his passion for agriculture, preferred an agricultural engineering training to medical or aeronautical engineering courses.

Assigned to the Ministry of Scientific Research as a civil servant after graduating from Ensa, he resigned after two years. "So I resigned from the ministry of scientific research, which was not to the liking of my director and the minister at the time. They then forced me to resign from the civil service," he said.

In the late 1980s, he created Service d'appui aux initiatives de développement local (Saild). That non-governmental organization started "La Voix du Paysan," a newspaper that promotes agro-pastoral activities and is like a bible for agricultural entrepreneurs in Cameroon. He will be succeeded in his fights for the development of the rural world and food sovereignty by the Acdic he created in 2003.