Cameroon: the State takes full control of agro-industrial CDC and opens the way for diversification 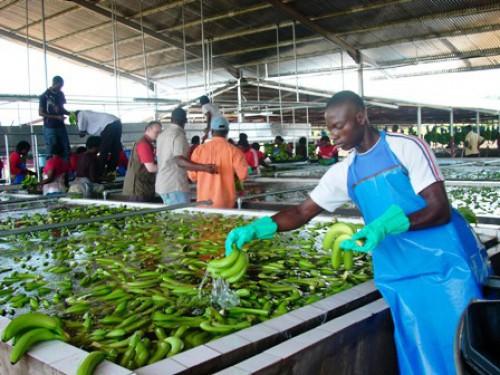 (Business in Cameroon) - Cameroon Development Corporation (CDC), 2nd employer of Cameroon with its 22,000 workers and managers who work in its plants and banana, oil palm and rubber tree farms all located in the South-West region, is now wholly-owned by the Cameroonian State, who thus becomes the sole shareholder. This is what indicates a presidential decree made public on 20 January 2016.

The presidential text also extends the business purpose of the company which was up until now mainly agro-industrial to plant and animal farming activities, thus opening the way to diversification in the CDC’s activities, which could soon move into this direction to compensate for the continuous decline in prices for some of its products (including rubber and palm oil) on the international markets.

At the same time, thanks to its new status, CDC becomes an investment vehicle for the State, since the company is now authorised to buy shares in other companies operating in sectors relevant to its business purpose, and to create subsidiaries to develop other activities still within the business purpose.

Created in 1947, CDC, 2nd banana producer in the country after the local subsidiary of Compagnie Fruitière (PHP), has been on the list of companies to privatise since 1998. But up until now, only its tea subsidiary found a new owner. From this point of view, is the restructuration sanctioned by the presidential decree of 20 January only a way to make the company more attractive to potential buyers, or truly a means to bring this company back on its feet to take maximum advantage of the opportunities within the local agro-industrial sector?