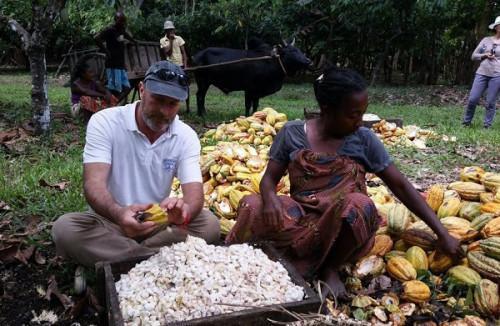 “We need to quickly raise the funds. This is to build the 150 m2 storehouse before the cocoa harvest in September 2019,” Christophe Bertrand said to French media Le Parisien. In this fundraising operation, he partnered with Criollo, a Franco-Italian club of chocolate lovers.

The French chocolate maker’s adventure with Nkog-Ekogo producers started when, in 2016, a producer from that village reached out to him on Facebook. She offered to supply the chocolate maker with cocoa beans. Since then, a real partnership was initiated.

According to Christophe Bertrand, the various projects initiated in the framework of that partnership have helped boost 2.5 times the living standards of the 75 families earning their living from cocoa production.