EU could ban fruits and vegetables from Cameroon 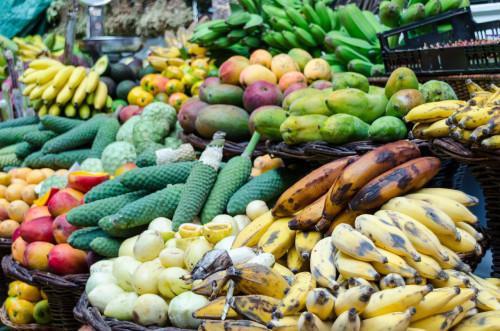 (Business in Cameroon) - The European Union could ban fruits and vegetables from Cameroon. This is because of their questionable quality and, above all, because of the loopholes in the Cameroonian sanitary and phytosanitary (SPS) control system.

“Actually, the system does not include many of the elements required by the international and the European Union standards. There are significant weaknesses in its organization and implementation which compromise its efficiency. Therefore, the pre-export checks couldn’t guarantee that the products comply with the imports requirements set by the European Union”, Intégration reveals quoting an audit of the Cameroonian sanitary and phytosanitary control system realized on May 8-18, 2017 by the European Union.

Indeed, despite the compliance certifications, important volumes of substances harmful to both human and the environment are found in the fruits and vegetables from Cameroon. Babacar Samb, an expert of COLE-ACP who animated a meeting on the subject in early April 2018 in Yaoundé, told Intégration that between 2015 and 2017, 159 cases were notified to the government.  Furthermore, according to some members of the fruits and vegetable producers and exporters, this year, Cameroon has been notified of new cases.

Let’s note however that the country is taking various measures to improve the SPS control system in order not to be banned from the European market since fruits and vegetables officially represent 15% of Cameroon’s export to that region. Such measures include the mango exports certification set by the Organisation nationale de protection des végétaux (ONPV) because 12 out of the 20 harmful substance cases reported in 2017 were about mango.