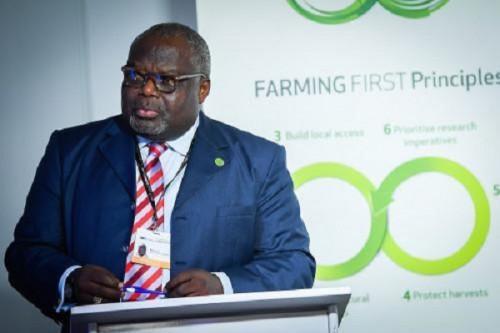 (Business in Cameroon) - Hope Sona Ebai is, since May 19, 2021, now a member of the executive board of Cameroon Development Corporation (CDC), the state-owned agribusiness group that produces banana, rubber, and palm oil in the Southern and Littoral regions. According to the presidential Decree No. 2021/294 of 19 May 2021, the new director joins the governing instance as a “personality designated by the President of the Republic.”

An internationally renowned expert in the cocoa industry, the Cameroonian was, in 2016, the unlucky candidate for the position of executive director of the International Cocoa Organisation (ICCO). He is also the very first director-general to oversee the destinies of the National Coffee and Cocoa Board (ONCC). Overall, he has close to 30 years of cumulated experience in the national, African, and even global cocoa economy.

After seven years as director-general of the ONCC, the new director, who is the grandson of a cocoa farmer, has for 11 years been the general secretary of the Alliance of Cocoa Producing Countries (COPAL) that accounts for 75% of the global cocoa production. As the secretary-general of that alliance, he coordinated the organization of the summits of African cocoa producers’ Heads of State in Abuja (Nigeria) in 2006 and Accra (Ghana) in 2007. He is also believed to have convened four international conferences on researches in the cocoa industry.

After his tenure at the COPAL, Hope Sona Ebai landed at the World Cocoa Foundation (WCF), an organization financed by important partners like American billionaire Bill Gates, through the Bill & Melinda Gates Foundation. As a member of that organization whose membership includes the 100 largest companies in the global cocoa industry, the agricultural economics graduate (from Ohio State University) steered the African Cocoa Initiative (ACI).

In Cameroon, some of the initiatives backed by the African Cocoa Initiative include financing the National Coffee and Cocoa Board’s New Generation program aimed at renewing the workforce and plantations in the national cocoa industry. There is also the financing of the development of a 15-hectare cocoa nursery ground with the assistance of the Institute for Agricultural Research and Development. Sona Ebai was also one of the experts that developed the national strategy for the development of the cashew sector approved in 2018.

His arrival at the executive board of the CDC, which is the second-largest employer in Cameroon after the civil service, coincides with the progressive revival of the operations of the company, which paid the highest price to the Anglophone crisis raging in the Northwest and Southwest since late 2016. His experience will greatly contribute to the diversification CDC has been eyeing for years now.