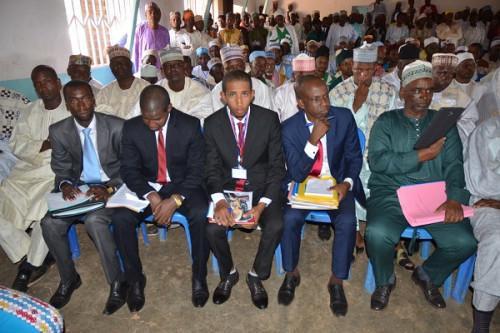 (Business in Cameroon) - On August 14, 2020, Ousmanou Biri, the regional president of the association for the cultural development of Cameroonian Mbororos - a community of sheep-breeding nomads well known in Cameroon- sent correspondence to the Minister of Land Affairs  Henri Eyébé Ayissi. In his correspondence, Ousmanou Biri denounced the temporary concession of 100,000 hectares of land in Tignère (department of Faro et Déo) to an investor who wants to use the lands for a livestock project.

He explained that about 100 farmers’ households have been exploiting that portion of the national domain for decades and do not intend to leave it.

“In 2018, they [the Mbororos] were surprised to see Abdoulahi Aboubakar bring important material and human resources to the field [ed.note: the contested concession] to erect a fence. The various efforts initiated to resolve this dispute at the lamidat [traditional chieftaincy], the subprefecture, and the prefecture were to no avail and the threat of expropriation persist. Thus the complaint we lodged against Abdoulahi Aboubakar before the district and lower courts of Tignère, which is yet to pronounce its judgment," the correspondence reads.

According to the regional triweekly L’œil du Sahel, this correspondence was motivated by a letter the prefect of the Faro et Déo department recently sent to the said investor Abdoulahi Aboubakar.

“I am pleased to ask you to contact the Minister of State Property, Surveys, and Land Tenure to request a land concession in compliance with the provisions of article 7 of the decree N° 76-166 of April 27, 1976, setting the conditions for the management of the national estate. This article provides that concessions of less than 50 hectares of lands are granted by a decree from the Minister of Land Tenure while for those exceeding 50 hectares are granted via a presidential decree,” the prefect Auguste Essomba wrote in his letter. Reading that letter, the Mbororos community saw it as covert support offered by the prefect to the investor Abdoulahi Aboubakar.