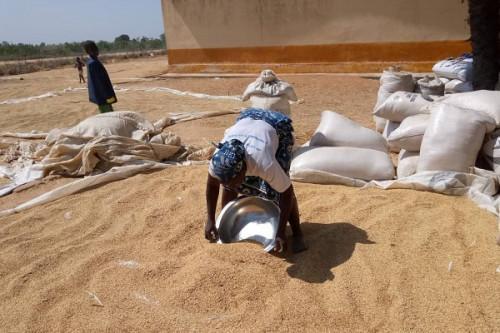 (Business in Cameroon) - The Ministry of Agriculture and Rural Development (MINADER) recently provided data on rice production and demand in Cameroon for the 2020 financial year. The data shows that domestic demand is estimated at 576,949 tons of rice for an average national production estimated at 140,710 tons, i.e. a deficit of 436,239 tons.

To make up the deficit, the Minader offers technical and financial support to cooperatives and agro-industries for the production of quality seeds, the vulgarization of modern rice production technics and the improvement of harvesting and post-harvest techniques through various projects.

The ministry informs that it is also implementing a program aimed at developing an additional 35,700 hectares of the hydro-agricultural perimeter. Thanks to this programme, at least  350,000 tons of milled rice can be marketed by 2023. The deficit will then be reduced to 86,239 tonnes of rice if demand does not increase. Between 2015 and 2018, Cameroon's rice imports amounted to CFAF 652.6 billion, representing an average of CFAF163 billion per year.