Socapalm expects 9.5% increase in profit by the end of 2022, despite unfavorable environment 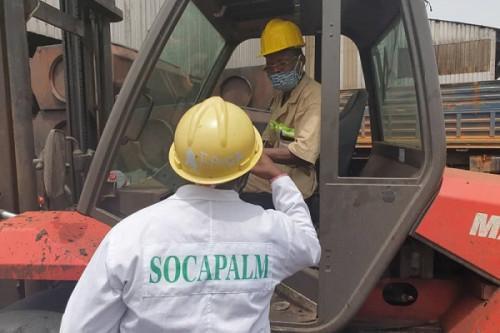 (Business in Cameroon) - The Cameroonian Palm Company (Socapalm) expects its turnover to increase by 9.5% by the end of 2022. The subsidiary of Luxembourg-based rubber company Socfin says its ordinary activities before taxes should be around CFA15 billion, against CFA13.7 billion the previous year, despite a rather unfavorable environment.

In a recent performance report, Socapalm mentioned poor weather conditions coupled with a sharp decline in palm nut purchases due to competition from the informal sector. Indeed, the latter offers better prices as it can market its production at almost twice the price approved for Socapalm, which has remained unchanged since 2008. Because of this mismatch, the palm oil company expects its production to fall by 2% this year. Also, its pre-tax net profit dropped by 0.2% YoY to CFA17.45 billion over the first half of 2022 while its post-tax net profit dropped by 6.26% YoY from CFA12.65 billion to CFA11.86 billion.

Yet, the company remains optimistic and bets on a "rigorous management" of its operating costs and the "improvement" of agricultural and industrial techniques to achieve good results by the end of the year.