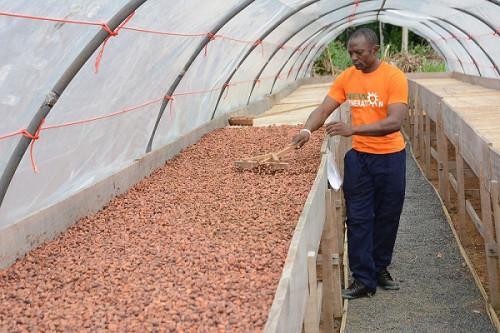 (Business in Cameroon) - Today May 27, a delegation of the French Chocolate makers’ union is scheduled to meet the Cameroonian Minister of Agriculture and Rural Development (MINADER). According to credible sources, during the audience, MINADER Gabriel Mbairobe and the delegation will sign the framework agreement for the creation of a 12-hectare cocoa academy baptized “Ecole d’excellence cacaoyère.”

The training programs offered by this academy will focus on the crop management technique and the cocoa processing route, official documents reveal. Thanks to the academy, cocoa farmers can now strive for quality and highlight the special features of Cameroonian cocoa, and position the country as a special producer, we learn.

“Ecole d’excellence cacaoyère” will complement the cocoa processing excellence centers already created in the cocoa-producing regions in the country, thanks to support from those same French chocolate makers. With special equipment, the centers help Cameroonian farmers produce higher-quality cocoa.

Since 2017, French chocolate makers have been guaranteeing the price of XAF1,640 per kilogram of cocoa from the excellence centers. This price is higher than the XAF900-1,000 average offered for the beans produced elsewhere in the country.

Before today’s meeting with the MINADER, the French chocolate makers’ delegation will head over to the Ministry of Trade (MINCOMMERCE) to sign, with Minister Mbarga Atangana, a memorandum of understanding setting the prices at which cocoa from the excellence centers will be bought during the 2021-2022 campaign, sources close to the case informed.

For years now, the Cameroonian government and the National Coffee and Cocoa Board (NCCB) have sought to improve the quality of Cameroonian cocoa. One of the actions in that regard is the recent distribution of a XAF774 million premium to 1,471 cocoa farmers. The various measures aim to change the international perception about Cameroonian cocoa, which despite its popularity (due to its specific taste and color) is bought at XAF100 below-average prices per kilogram on international markets, while premiums are offered for the Ghanaian and Ivorian cocoa.

In a report compiled in preparation for a meeting with the Ministers of Trade and Agriculture, on September 2, 2020, the NCCB wrote that Cameroonian cocoa was purchased at a price XAF100 below the average while a premium of XAF180 and XAF50 was offered for the beans sold by Ghana and Côte d’Ivoire respectively. “This means that Cameroonian cocoa is bought at a price XAF280 below the average prices for Ghanaian cocoa and XAF150 below that of Côte d’Ivoire. In the current situation, all the operators, the State first, are losers. The main loser is the farmer that receives the residual price,” the board wrote.