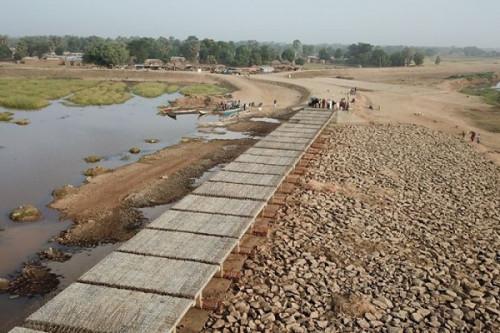 (Business in Cameroon) - In 2020, with the World Bank’s financial support, the Cameroonian government launched the development of hydro-agricultural perimeters in the Benue Valley, in the Northern Region. According to Abdoulaye Seck, the World Bank's Country Director for Cameroon,  the development initiated under the Benue Valley Development and Investment Enhancement Project (Viva Benue) will boost the volume of irrigated areas from 1,000 to 14,000 after 2025.

The World Bank executive revealed this on March 24, 2021, in Yaoundé, during the ceremony consecrating the launch of the joint review of his institution’s project portfolio in Cameroon. He added that "combined with the expected yield increase," the boost in the volume of irrigated areas will help multiply agricultural production by about 20 in this part of Cameroon.

According to the World Bank, Viva Bénoué is one of the programs initiated by the Cameroonian government to solve water management problems in the Northern region [ed. note: known for its aridity].

The program is aimed at developing the vast potential of the lands located in the departments of Benue and Mayo-Rey by cashing in on the water opportunities offered by the Benue River, the Faro River, and the Lagdo dam reservoir.