Sic-cacaos and Chococam ground 25,370 tonnes of cocoa in late February 2015 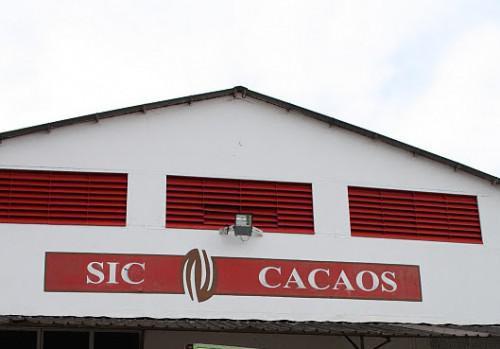 (Business in Cameroon) - Sic-cacaos, Cameroonian subsidiary of the Swiss company, Barry Callebaut, and Chocolateries confiseries du Cameroun (Chococam), run by South Africa-based Tiger Brands, purchased 25,370 tonnes of cocoa beans in the first seven months of the 2014-2015 cocoa season (late February), officially launched on August 1, 2014. According to figures provided by the National Cocoa and Coffee Board, this is 515 tonnes higher than the 24,855 tonnes ground in late January 2015.

However, while Sic-cacaos remains the main engine of the local cocoa processing market with 23,769 tonnes purchased in late February 2015, against only 1,601 tonnes for Chococam. The overall volume of ground cocoa is 17% lower than the same period the previous season.

Visibly, the two processing plants opened last year in Mbalmayo and Douala with the expectation that they would bring national processing production to 50,000 tonnes in 2015 have not yet reached their cruising altitude.