Govt launches the agricultural campaign in the southern region, under favorable weather conditions 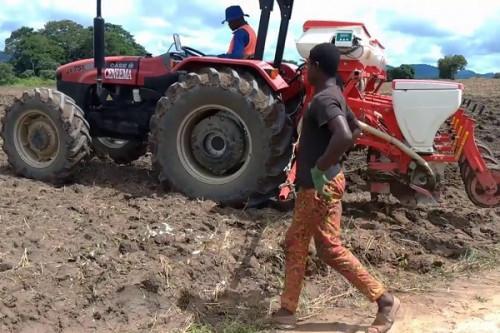 (Business in Cameroon) - The Cameroonian Minister of Agriculture, Gabriel Mbairobe, officially launched the 2022 agricultural season in the southern region under favorable weather conditions. The ceremony took place on April 26 in Sangmélima.

The day before the ceremony, the Directorate of Meteorology of the Ministry of Transport issued a weather report rather optimistic. "(...) the rainfall is now enough to launch the agricultural campaign in the entire southern part of the country, which includes the coastal areas and the highlands,” according to an April 25 statement by the Minister of Transport (Mint) Jean Ernest Massena Ngalle Bibehe.

This optimistic forecast also applies to the northern part of Cameroon, where the dry season, which is not conducive to optimum crop yields, is generally longer. "The forecast also indicates that the high savannah and Sudano-Sahelian zones will be sufficiently watered by the first week of April in Adamaoua, the third week in the North, and the third week of May in the Far North," the statement read.