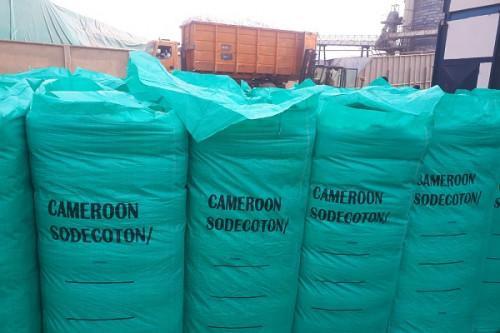 (Business in Cameroon) - Cameroon produced 357,000 tons of cotton during the 2020-2021 cotton campaign that ended recently, according to Cotton development corporation SODECOTON. Compared with the production in the 2019-2020 season when the national production was 328,000 tons, this is up by 29,000 tons.

At SODECOTON, internal sources indicate that during the season under review, 340,000 tons of cotton were transported from field to ginning plants before the first rains started in the Northern regions in late May 2021. Therefore, the company averted one of its main problems, which is wet cotton. Indeed, as the internal sources reveal, in the 2015 financial year, the company lost XAF18.8 billion. The bulk of this loss (XAF12 billion) was sustained because 100,000 tons of cotton were partially wet by rain and another 25 tons of cottonseeds were rotten and unusable because it was completely wet.

Credible sources explain that over the past four cotton seasons, SODECOTON has always taken measures (like enhancement of its transport capabilities, upgrading its ginning plants, renovation of collection warehouses) to collect over 300,000 tons of cottonseeds before the start of the rainy seasons in the northern regions.

“The only way to prevent the rain from partially wetting cottonseeds is to build at least two ginning plants whose combined capacity will be 100,000 tons. One will be financed by public authorities, but we still have to raise about XAF10 billion to fund the construction of the second plant. For ages, farmers have been impatient to supply over 400,000 tons of cotton,” a SODECOTON executive says.