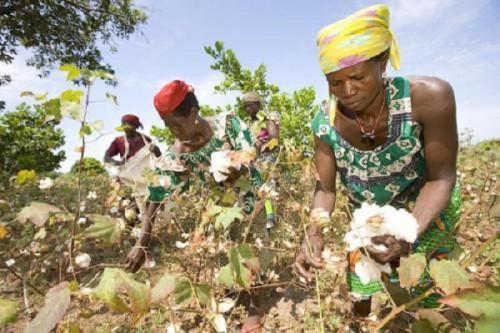 (Business in Cameroon) - Cameroon’s national company Sodecoton reported it has generated 329,021 tons of cotton over the 2021-22 campaign. Although the figure remains subject to confirmation, it is 8% (31,743 tons) less than that of the previous campaign, and below the 370,000 tons expected for the period.

Sodecoton did not explain the reasons for this drop. However, the central bank Beac already forecasted a slowdown in cotton activities in Q3 2022. Also, the sector is a victim of illegal exports to Nigeria, in addition to harsh climate conditions. Sodecoton officials feared an estimated CFA9 billion in net loss during the 2021-2022 season, due to fraudulent exports to Nigeria. Measures to curb the phenomenon have only resulted in the seizure of a 71-ton shipment, but officials believe that large quantities have crossed the border.

"With the collection forecasts for the segments affected by the fraud being estimated at 193,400 tons of seed cotton, it is highly likely that, taking into account the quantities already collected in the ginning factories and the projections made by the competent technical services, 19,500 tons (i.e. 10% of the collection forecasts) has been lost to date (33,000 tons were lost in 2010-2011 due to the same phenomenon, ed). This includes 11,400 tons for the Far North region and 8,100 tons for the North region. This loss could increase if countermeasures are not tightened,” a Sodecoton official said in April 2022.