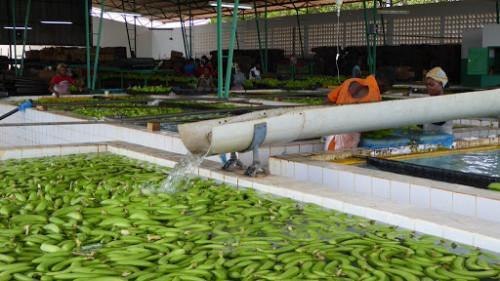 (Business in Cameroon) - Cameroon exported 16,534 tons of banana in October 2020, according to data compiled by the Cameroon Banana Exporters Association (Assobacam). These exports were up by 581 tons compared with the 15,953 tons the country exported during the same period in 2019.

The rise is notably due to the activity resumption of Cameroon Development Corporation (CDC), the state-owned agribusiness which resumed operations in June 2020 after about two years of cessation (it stopped operations in September 2018). In October 2020, CDC exported 781 tons of banana, against 1,312 tons a month earlier.

Plantations du Haut Penja (PHP), leader of the local market, exported 14,650 tons of banana during the reference period, down by 45 tons year-over-year.