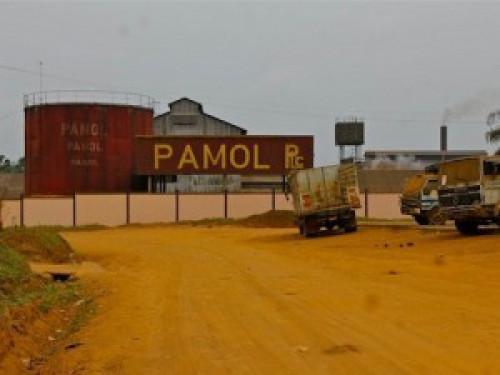 (Business in Cameroon) - Cameroon’s agro-industrial company Pamol reports that the government has approved XFA1.2 billion to help clear seven months of wage arrears, and other disbursements are underway.

79% state-owned Pamol is pleased by this government support as the company suffers the security crisis that has been plaguing the southwest since November 2016; A situation that does not allow Pamol to produce at actual capacity though the company has made investments in 10,000 hectares (ha) of oil palm trees. As a result, it failed to pay salaries.

Since 2015, Pamol has been seeking the necessary financing to set up a palm oil production unit with a capacity of 30 tons of oil per hour. To this end, a XAF14-billion agreement was signed with the State to build a soap factory, rejuvenate palm oil plantations, and create new ones, including 500 ha in the peninsula of Bakassi.