Cameroon seeks XAF478.5mln to move 1,595 graves within the scope of the clean water supply project in Yaoundé 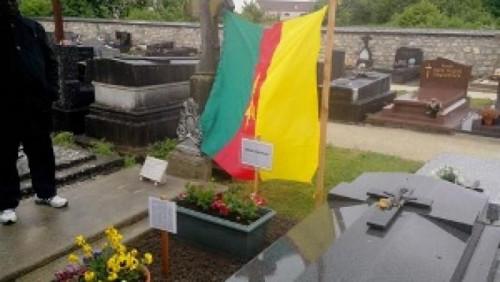 (Business in Cameroon) - Graves located within the way of the drinking water supply project to be implemented in Yaoundé will soon be moved. For this purpose, Dieudonné Ombala, the project manager launched on March 18, a national tender.

Work consists of moving graves located between the Nachtigal water pumping station and the Ndindan reservoir in Yaoundé. Lot 1 targets the districts of Batchenga and Obala, in the department of Lekié, where 1,176 graves (439 developed and 737 unfinished) are to be moved. Cost of the operation is XAF352.8 million.

Eligible are Cameroonian companies based in the country and qualified for such a work. Application submission deadline is April 25 this year.

At the end of September 2018, the Ministry of Water and Energy (Minee) reported an overall progress rate of 30% for the Drinking Water Supply Project for the City of Yaoundé, from the Sanaga River.

Monies for the XAF399 water project is provided by Eximbank China. Implementation is entrusted to Chinese company Sinomach. An additional 300,000 m3/d is expected for initial phase and 400,000 m3/d in the expansion phase. This will put an end to water deficit in Yaoundé. Cities and towns along the river (Batchenga, Obala, Nkometou, Soa and Ntui) will also benefit from the project.