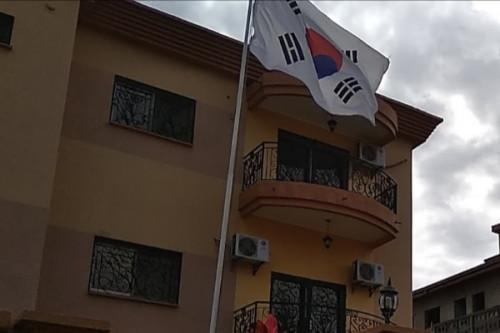 In its correspondence, the diplomatic representation informed that the said project was launched in November 2018 and its implementation continued in 2019 with the visit of some Korean experts in Cameroon. Also, during a meeting with the Minister of Public Works (MINMAP) on January 14, 2020, the details of the projects were presented, it indicated.

The embassy informed that the next visit of Korean experts on Cameroonian soil has been delayed by the coronavirus health crisis and the preventive measures issued by both countries (movement restrictions notably). “Korean experts are currently working in Korea awaiting their next visit to Cameroon. The Minmap and Koica [Korea’s Development agency] have the same conception of this inevitable interruption and promised to increase their cooperation despite the ongoing health crisis,” the embassy writes.

It adds that there is no misunderstanding of internal procedures but agrees that after the request of a specific arrangement from the Cameroonian government, Korea is rethinking the agreement.

The version of the Ministry of Economy

This version is contrary to that of the Cameroonian Ministry of Economy sent in a note distributed to the press on July 15, during an audience between the new Korean ambassador Jonghan Kim and Minister of Economy Alamine Ousmane. According to the Ministry, the project is yet to be launched because of the embassy of South Korea’s misunderstanding of Cameroon’s internal procedures that require the signature of contractual agreements for each phase of the project.

The Ministry of Economy added that it requested to co-sign the memorandum of understanding along with the Korean embassy before August 10, 2020 (the date when the budget conference will probably be held) to ensure the counterpart funds would be programmed into the 2021 budget.

Let’s note that the implementation of the ‘ Cameroon Online E-procurement System ’ project is funded by South Korea to the tune of XAF3 billion. The end goal of this project is to reduce corruption in the public procurement sector in Cameroon.