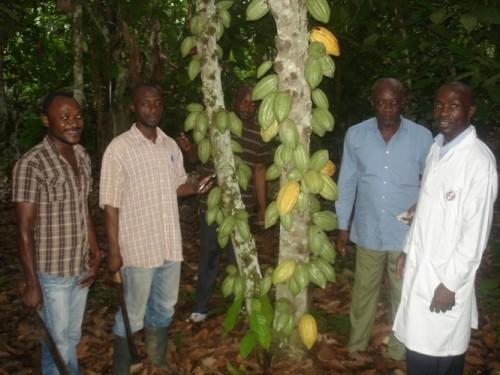 (Business in Cameroon) - April the 1st, 2013 will mark the date when all cocoa beans and other products exported to the European Union (EU) with more than 2 micrograms of cadmium (heavy metal) per kilogram will simply be sent back to their point of origin.

Brussels, the main base of operations of EU institutions imposed a maximum content of cadmium in cocoa sold. This decision follows the publication in 2009 of a scientific study from the European Food Safety Authority, which recommended the monitoring of the quantity of heavy metal in cocoa that may cause health problems. The presence of cadmium in the human body causes kidney failure, broken bones, infertility, problems with the immune system and cancer among others.

This new EU measure applies to countries whose production areas are located on ancient volcanic areas and where soils are naturally acidic, because of their high capacity of heavy metals. According to the International Cocoa Organization (ICCO), “the highest levels of cadmium are found in Latin America and in Africa, Cameroon.”

Strict control measures are therefore necessary in Cameroon, the fifth largest producer of cocoa, but also in all countries concerned, including Côte d’Ivoire, world’s largest producer.

Also, research has shown that the second source of cadmium contamination consists of fertilizers and other chemical fertilizers. Until the five-year moratorium sought by Cocoa producing countries is accepted by the EU which consumes 60% of world cocoa, all countries involved must put in place effective monitoring system to continue export to this market.

“Since the beginning of this year, the Government of Cameroon and some actors in the cocoa sector have increased awareness campaigns, with replacement of tarps and repair of furnaces in large production basins, to eradicate the phenomenon of drying cocoa beans on the bitumen and thus export good quality beans,” said the Cameroon Tribune.