Cameroon: The communication minister asks editors to comply with the law of December 19, 1990 on the right to social communication 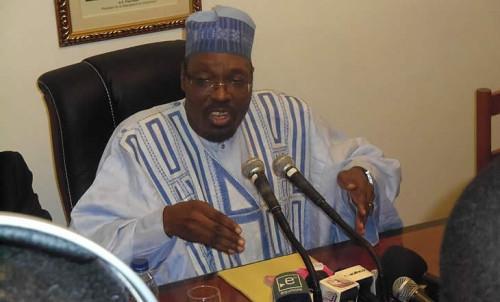 (Business in Cameroon) - On March 27, 2018, Cameroon’s minister of communication, in a statement, said that newspapers produced or published in Cameroon were not regularly sent to his services as it should be.

According to the law of December 19, 1990, on the right to social communication, news editors have to send 2 copies of their newspaper not later than two hours after they are published, to the central or decentralized services of the communication ministry. As far as the newspapers produced outside but being distributed inside the country are concerned, two copies have to be sent to the Communication ministry at least 24 hours before they are distributed in Cameroon.

Issa Tchiroma Bakary thus invites editors and newspaper distributors to comply with that prescription. In that regard, informs the minister, a public register has been opened at the private media development and advertisement department of the communication ministry. He further informs that those who will not comply will be sanctioned according to the rules in force.