Cameroon: CFA3 billion of unpaid invoices required from Prime Potomac, in charge of the construction of AFCON2019 infrastructures in Garoua 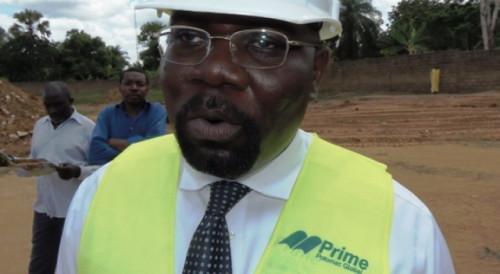 (Business in Cameroon) - On July 3, 2018, an association of 32 companies which supply goods and services for the construction of AFCON2019 infrastructures in Garoua, North Cameroon, sent a memorandum to Jean Abaté Edi’i, governor of this region.

In the document, they invited the official to urgently step in for the payment of their invoices to Prime Potomac, the company in charge of the construction of the Poumpoumré,  Rey-re, Cenajes, complexe Sodecoton and Hôtel du stade stadiums.

According to the plaintiffs, their unpaid invoices toward Prime Potomac, which signed a CFA26 billion private agreement with Cameroon, amounts to CFA3 billion.

“We have been working with them since works started at the various construction sites. We did owe some of the suppliers and the debt sometimes amounted to about CFA2 billion. However, we have paid them without a hitch. You can’t suddenly decide to stop supplying a business partner which regularly requires your services and pays your invoices”, Prime Potomac’s CEO said to the tri-weekly L’Œil du Sahel before adding that “some people lurking in the shadows are working to make it impossible for Cameroon to host the AFCON2019”.

Let’s remind that before this press statement, some of the technicians recruited on these construction sites were about to go on strike to require the payment of about three to six months salary Prime Potomac owed them.

“What is happening today may be extraordinary but, we predicted it. Indeed, we were amazed to notice that in the last three or four days, some people have been going around town offering CFA10,000 to each worker for their involvement in a strike being prepared”, the CEO explained to defend himself.