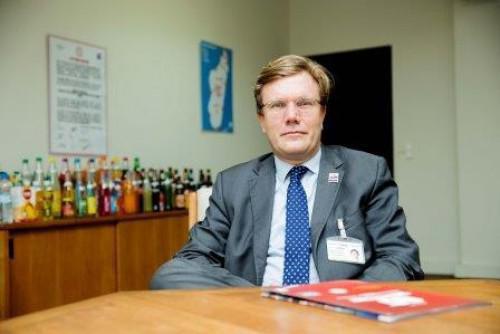 A Board meeting held by Société Anonyme des Brasseries du Cameroun (SABC) on 7 December 2016 in Paris resulted in the appointment of Emmanuel de Tailly as General Director of this company. He replaces Francis Batista who, in 2013, succeeded to Cameroonian André Siaka as head of this subsidiary of the French group Castel.

Emmanuel de Tailly, who was before his appointment Regional Director, Indian Ocean for the Castel group and deputy CEO of Brasseries Star, in Madagascar, will officially take function as the boss of the leading company in the brewery market in Cameroon in January 2017, we officially learned. The newly promoted director will return to a country he stayed in between 2000 and 2003, when he was Regional Director, Central Africa for Maersk.

Emmanuel de Tailly becomes head of a company which officially controlled 78% of the beer market in Cameroon in 2015 (against 14.4% for Guinness and 7.2% for UCB), with 510.43 million litres sold, in decrease by 5.7% compared to the previous year.

At the same time, Guinness Cameroun's sales volumes increased by 12%, at 94.3 million litres; against an increase of 8.6% in sales for UCB over the same period.